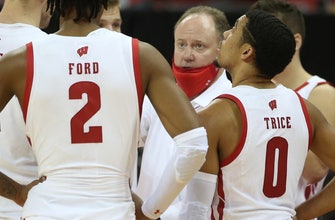 A clash between the No. 13 Wisconsin Badgers men’s basketball team and Northern Iowa scheduled for Wednesday has been canceled.

Instead, Wisconsin will take the court Tuesday against Loyola. The Ramblers are 3-0 with wins over Lewis, Chicago State and UIC.

The Badgers (4-1) will open their Big Ten schedule Dec. 21 against Nebraska.