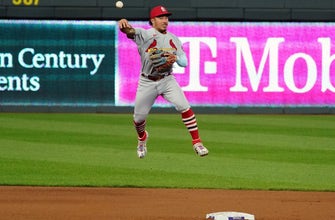 Kolten Wong’s glove will be a welcomed addition to the Milwaukee Brewers infield.

Wong, signed to a two-year deal (with a 2023 team option) by Milwaukee last week, is one of the top second basemen in Major League Baseball. He’s got a pair of Gold Glove Awards to show for it (2019, ’20).

With all the advancements in baseball analytics over the last two decades, there still isn’t a perfect way to measure defense, but there are several key numbers to highlight when looking at Wong’s potential impact on the Crew.

Wong finished with the top SABR Defensive Index (SDI) rating among MLB second basemen in each of the past three seasons. He registered 25 defensive runs saved over the last two campaigns, the most at his position — and by a long shot. Atlanta’s Ozzie Albies ranked second with 10 DRS.

Among players with 2,000+ innings at second base since 2018, Wong ranks first in revised zone rankings (RZR) — the measure of balls hit into a fielder’s zone successfully turned into outs — at .794. He also leads second basemen in plus/minus runs saved (rPM) with 38 and ranks second in out of zone plays (OOZ) with 166 in that span.

Translation? Wong’s glove will dramatically change the Brewers’ defensive outlook. Milwaukee did not exactly excel in the field during the 60-game 2020 season.

For a refresher, Omar Narvaez started the most games for the Brewers behind the plate in 2020 (39). Justin Smoak appeared in 31 at first base. Keston Hiura played the most contests at second (49), Eric Sogard and Luis Urias played 30 apiece at third and Orlando Arcia played nearly every game at shortstop (57).

Milwaukee combined to tally -14 defensive runs saved (DRS) in 2020, which ranked 23rd in baseball and 12th in the National League. Meanwhile, Wong’s Cardinals ranked sixth in baseball and first in the NL with 33 DRS.

The Brewers posted an RZR of .792 last season, sixth worst in the big leagues. And, of course, St. Louis topped all of baseball with an .839 RZR.

Wong’s glove will take the place of Hiura, who will slide over to first base — a position he never played in college, the minor or major leagues. Regardless, Milwaukee’s right side of the infield will be much tougher to sneak a hit through.

Yankees outfielder Aaron Hicks and Atlanta third baseman Austin Riley were the only other three players to post a -8 DRS.

Only one player in all of baseball had a worse DRS than Hiura last season, and that was three-time MVP Mike Trout, who tallied a -9 DRS in 53 games for the Los Angeles Angels.

The acquisition of Wong doesn’t lock up the NL Central title, but it’s a significant move that should help the Brewers get closer to their pennant dreams.