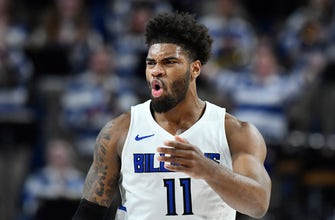 Markedric Bell, who was second on the Golden Lions in scoring coming into the matchup with nine points per game, failed to make a shot from the floor (0 of 6).