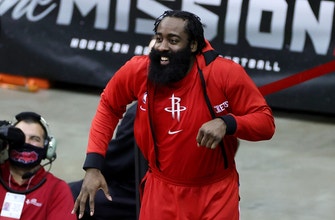 The Houston Rockets get their season underway tonight as the tension between James Harden and the team continue to rise. According to the latest reports, Harden has gotten into multiple verbal confrontations with teammates that did not match his laid-back personality. One of those arguments was between Harden and rookie Jae’Sean Tate that resulted in Harden throwing a basketball at the rookie’s head. Hear what Skip Bayless and Shannon Sharpe have to say about Harden’s behavior.