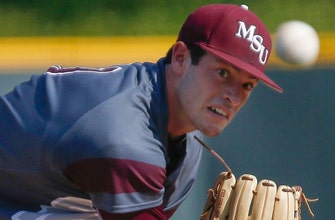 The Kansas City Royals have acquired a pitching prospect from the San Diego Padres to complete the Trevor Rosenthal trade.

The team announced Thursday night that it has acquired Dylan Coleman, a 24-year-old right-hander from Potosi, MO who attended Missouri State, as the player to be named later in the Aug. 29 deal that sent Rosenthal to San Diego and also brought outfielder Edward Olivares to Kansas City.

Coleman, a fourth-round pick in the 2018 MLB Draft, has a 3.18 ERA over 45 appearances (two starts) spanning two minor league seasons. He topped out at Class A Advanced Lake Elsinore in 2019 and did not pitch in 2020 as the minor league season was canceled due to the COVID-19 pandemic.