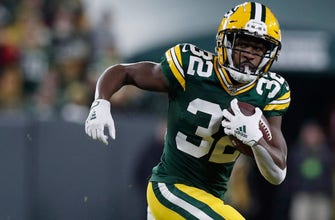 Winning didn’t come without some cost for the Green Bay Packers.

On Wednesday, the Packers placed three players on injured reserve, all of whom were hurt during Sunday’s win over Philadelphia: running back Tyler Ervin (ankle), safety Raven Greene (shoulder) and defensive lineman Billy Winn (triceps).

The team also activated offensive lineman Simon Stepaniak from the reserve/non-football injury list. A sixth-round pick out of Indiana, Stepaniak tore his ACL during the Hoosiers’ bowl preparation last December.

Greene carved out a role in the Packers’ secondary, having played in half of the defensive snaps in five games this season.

Winn had seen minimal playing time, but was a nice story as he hadn’t played since 2016 due to injuries.

The Packers play Detroit this Sunday at 3:25 p.m.