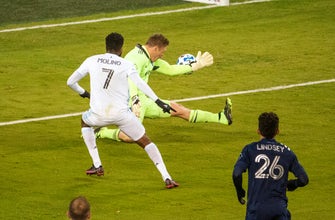 Fourth-seeded Minnesota will play at No. 2 seed Seattle on Monday night for a spot in the MLS Cup finals.

Molino opened the scoring in the 27th minute with a run up the left side to finish a feed from Reynoso. Eight minutes later, Molino wrapped his right foot around Reynoso’s chip pass with just enough pace to get it past goalkeeper Tim Melia.

Dibassy made it 3-0 with a header to finish Reynoso’s corner in the 39th minute.