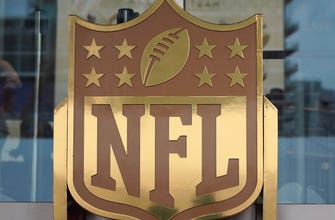 KANSAS CITY, Mo. — Terez Paylor, the popular NFL writer and Pro Football Hall of Fame voter whose career took him from the Kansas City Star to Yahoo Sports, died unexpectedly at his home early Tuesday. He was 37.

Yahoo Sports announced his death in a statement. No cause was given.

Paylor joined the Star after graduating from Howard University in 2006, covering everything from preps to arena football to Sporting Kansas City of Major League Soccer. He also covered the University of Missouri before taking over the Chiefs beat in 2013, and he would spend the next seven-plus years covering his beloved NFL.

Three years ago, he joined Yahoo Sports as a senior writer to cover the league on a national level.

His fiance, Ebony Reed, said in a statement that “while we are shocked and saddened by Terez Paylor’s sudden passing, we also celebrate his extraordinary life that touched so many.” Kansas City Star columnist Sam Mellinger wrote “Terez’s genius had nothing to do with turning a phrase. … He knew football and the people who loved it.”