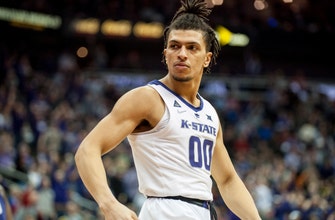 Caleb Hammeke added 15 points, seven rebounds, five assists and four steals for the Tigers, who played the game as an exhibition and without coach Mark Johnson, who tested positive for COVID-19, and associate head coach Jeremy Brown, who is in quarantine as a close contact.

“This was very, very disappointing and sad for our program,” K-State coach Bruce Weber said.

Fort Hays has nine 20-win seasons and seven trips to the NCAA Division II tournament in Johnson’s 19 seasons. They lost their first three games this season by a total of eight points.