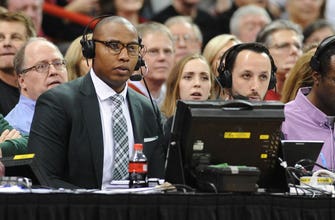 MIAMI (AP) — A person with knowledge of the situation says Caron Butler is coming back to the Miami Heat, agreeing to begin his coaching career as an assistant on Erik Spoelstra’s staff.

Butler and the Heat are in the process of finalizing his contract, according to the person who spoke to The Associated Press Friday on condition of anonymity because the hiring has not been publicly announced.

Butler was the No. 10 pick by the Heat in the 2002 draft and spent two seasons with the team, getting moved to the Los Angeles Lakers in 2004 as part of the deal that brought Shaquille O’Neal to Miami. He takes the opening on the staff that was vacated by Dan Craig, a longtime Heat assistant who was hired earlier this offseason by the Los Angeles Clippers.

Butler played for nine teams in 14 NBA seasons, was a two-time All-Star and was part of the 2011 Dallas Mavericks team that topped Miami for the NBA title.

Even though he spent only two years with the Heat, Butler has remained close with many in the organization and invited a large Heat contingent to his wedding several years ago. He has worked as a television analyst for NBA and college games since retiring and most recently hosted a series for the NBA called “1-on-1 with Caron Butler” — a number of interviews to discuss the need for social justice.