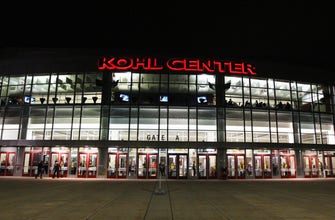 No. 13 Wisconsin’s men’s basketball game with No. 25 Louisville scheduled for Wednesday has been postponed. Wisconsin officials say the schools are trying to arrange a date to make the game up later in the season.

The announcement comes four days after Louisville announced it was pausing team-related activities indefinitely due to a positive COVID-19 test and contact tracing measures within its program. That already caused Louisville to cancel a scheduled Dec. 4 home game with UNC Greensboro.

Wisconsin will still play on Wednesday, but the Badgers will have a different opponent. Rather than facing Louisville that night, Wisconsin will host Rhode Island in a game starting at 3:30 p.m. Central.